Everybody makes mistakes, everybody has those days..

Miley Cyrus not only wrote a catchy song, but she spoke the truth when it comes to being human and making human errors.

Even though we know logically that mistakes happen, we’ve been so conditioned to strive for perfection that we’re TERRIFIED to mess up. So terrified, in fact, that we decide it’s safer to just not even try.

Because if you don’t try, you can’t make mistakes, right?

Eh, not really. If you allow the fear of making mistakes to keep you paralyzed, then you’ll make the mistake of never participating in the learning process and thus never really giving yourself a chance to succeed.

I don’t know about you, but that’s NOT a mistake I want to make.

Instead of fearing it, we have to welcome failure as a key part of the learning process. The more you mess up, the more you learn. That’s your new motto. messing up than from doing things right.

But, easier said than done. Below I’ve listed out a few ways you can start to get over your fear of making mistakes so you can get closer to getting it right.

Understand That No One Really Cares

It sounds harsher than it is, but the truth is that most people are so wrapped up in their own worlds that they won’t spend more than a few moments judging whatever mistake they make. And yet, that judgment is what keeps many of us taking risks.

Realize that no one is judging you. In fact, people are more likely to be impressed to see you taking risks, even if you don’t succeed.

Visualize The Worst That Could Happen

And then laugh at how ridiculous and unrealistic that is.

Thinking about the worst that could happen if you try something and fail helps to dispel the fear — because you realize the worst-case scenario is not so bad after all.

Will you wreck your business? Probably not. Will you lose everything? Uh no.  Will there be permanent damage that can’t be undone? Nope.

Shut Down Your Inner Critic

Your inner critic is the voice inside your head that shoots you down before you even get started. It calls you names, belittles your dreams, and just makes you feel like the worst. All of this keeps you in fear of mistakes and encourages you not to try.

Dispel your inner critic by identifying it and calling it out. Learn to recognize when you’re not being realistic but self-defeating. Once you know this is happening, you can remember that succeed or fail, you’ll learn something valuable. Then tell that voice to kick rocks.

Adopt the mindset that mistakes are a part of the process and realize that you are definitely going to make some. It’s an essential part of growing and you will learn from it.

People who seem brave don’t have any more courage than the rest of us. They are afraid and take action anyway. You can too by making this a habit.

The language you use is very important in forming how you think about what you do. Learn to frame things using positive phrases rather than negative ones, and it will change your attitude as well.

For example, you just launched a product that didn’t sell because you didn’t do your targeting well. Instead of saying you didn’t do it right, reframe it to say, “I need to work more on my targeting next time.” You’re focused on how you can improve rather than how you failed. Boom, failure hacked.

Do you want to learn more about getting over the major and all too common fear of cold calling? Check out my course, Simple Sales Accelerator which teaches you how to rock your sales calls with confidence and get more conversions.

Next Post:The Key To Great Content Is Knowing Your Audience 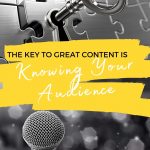 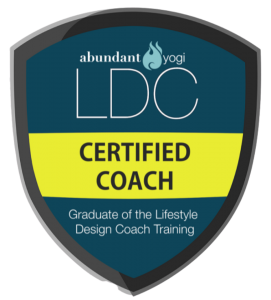